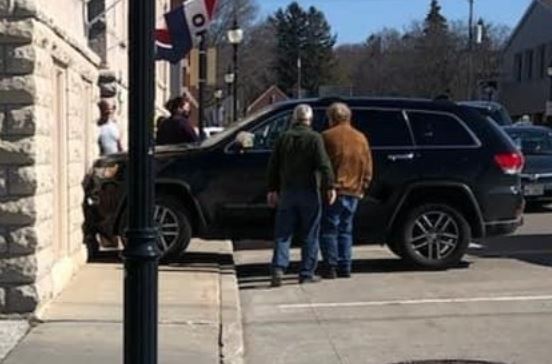 compter cartes blackjack A Jeep crashed into a building in Wisconsin, and the crash is being blamed on the driver of the vehicle: a dog.

Sturgeon Bay Police responded to a call from the art museum Pearl of Door County, where a Jeep had crashed into the building.

The owner of the vehicle told police that his Jeep had been parked at a gas station while he went across the street to the Sunflower Bakery. When he came outside, the vehicle had crashed into Pearl.

The man’s 5-year-old Australian shepherd, Callie, had apparently knocked the gear out of park and into drive, causing it to roll into the building.

“It’s not every day that a dog drives a Jeep across traffic and right in to your business!” Pearl of Door County said in a Facebook post.

Thankfully, no one was injured in the crash.

“Callie and I are very happy no one was hurt and there was very little damage as a result of the incident the other day,” the man said in a statement.

3 thoughts on “Dog Driving a Jeep Crashes Into Building”