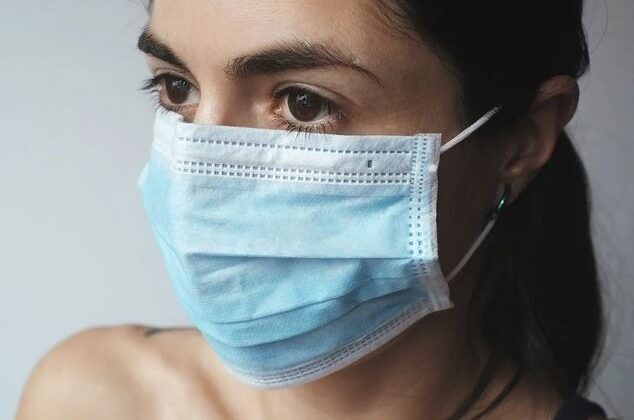 In a document known as the Great Barrington Declaration, signed earlier this month, scientists embrace a concept known as “herd immunity,” in which a population builds up enough resistance to a pathogen that it runs out of victims to infect.

On a call with reporters Monday, two senior White House officials cited the declaration, authored in part by an economist with close ties to Scott Atlas, the radiologist who has become one of Trump’s chief advisers on the coronavirus pandemic. But to public health experts, allowing the virus to run its deadly and devastating course is an unacceptable option that would lead to hundreds of thousands of deaths on top of the 217,000 in the U.S. who have already died from the disease.

“If you just let things rip and let the infection go, no masks, crowd, it doesn’t make any difference — that quite frankly, George, is ridiculous,” Anthony Fauci, director of the National Institute of Allergy and Infectious Diseases, told George Stephanopoulos on ABC’s “Good Morning America” on Thursday. “You’ll wind up with many more infections of vulnerable people, which will lead to hospitalizations and deaths. So I think we’ve just got to look that square in the eye and say it’s nonsense,” Fauci added.

“Covid-19 carries a much higher risk of severe disease and death than other infections where herd immunity was attempted before a vaccine was available,” the groups said. “It is illogical to ignore public health and scientific evidence when so many lives are at stake.”

Some experts pointed to an underlying flaw of the declaration: An assumption that someone who has recovered from the coronavirus will become immune to reinfection in the future. “We just don’t really understand coronavirus immunology well enough to know whether this is going to be a minor, moderate or major concern,” said Michael Osterholm, director of the Center for Infectious Disease Research and Policy at the University of Minnesota. “We have learned so much about Covid-19 over the course of the last seven months, and yet we have so much more to learn.”

The early signs are not promising. A study authored by scientists at the Seoul National University College of Medicine in South Korea and published by the Centers for Disease Control and Prevention in Atlanta showed antibodies in people who recovered from the virus decreased substantially in the months after they were infected. This is a sign that the body does not maintain long-term immunity.

At least three people in the United States have been reinfected after initially recovering from the virus. Doctors at Swedish Medical Center in Seattle identified a third patient, who spent more than 40 days in the hospital before being reinfected with a new strain of the virus several months later.

Scientists have documented about two dozen people around the world who have been infected more than once.

The herd immunity strategy — a term that derives from livestock — also relies on the assumption that few younger people will experience serious symptoms of the disease. But about 30 percent of Americans have an underlying condition that could exacerbate the virus, Fauci said.

Others pointed to a substantial number of younger and healthier people who experience more subtle, but longer-lasting symptoms. Those so-called long-haulers, people who struggle to recover for weeks and months, have shown significant abnormalities in the heart and lungs, a sign that even a mild case of the virus could have life-long consequences.

Between 10 and 20 percent of younger confirmed coronavirus patients are in the long-haul camp, and scientists have not yet discovered why some people battle the virus for such prolonged periods.

“Letting this thing run willy-nilly in that group is just inviting an epidemic of long-haulers disease,” Osterholm said.

The Great Barrington Declaration gives tired and anxious Americans an excuse to resume their daily lives, what some have called “pandemic fatigue.” But it comes as the number of daily cases begins to rise again, substantially in many places. The United States has averaged more than 50,000 new infections a day for the past week, and models show a steady rise in infections in Midwestern and Great Plains states seeping south and west.

Modelers at the PolicyLab at the Children’s Hospital of Philadelphia said Wednesday they expected infection rates to rise significantly over the next four weeks. Forecasts are especially troubling in cities like Charlotte, N.C.; Dallas, and Atlanta, where hospitalizations are on the rise.

“We keep waiting for signs that the fall resurgence, which started in the Upper Midwest, could reach a plateau,” said David Rubin, PolicyLab’s director. “But testing positivity rates only continue to rise in the nation’s hot spots and coronavirus-related hospitalizations are increasing in 44 of the 50 states.”

What increasingly looks like a third peak of infections will likely lead to fewer deaths than the first two spikes in April and again over the summer. Doctors and hospitals have become more adept at treating patients, both with pharmaceuticals that reduce mortality rates and through practices like resting those with severe cases on their stomachs.

But even with lower death rates, more cases will still mean more deaths.

“We’ve really improved our outcomes relative to severe illness,” Osterholm said. But, he warned, the Barrington document “is a dangerous mix of pixie dust and pseudoscience.”

Posted by: HLA Staff
View more posts
Will Trump & Republicans Adopt a ‘Contract with Black America’?
Sunbelt States May Tell Us a Winner Before Election Day

Alexa Rose Veit was a fierce fighter.  The 15-year-old Kentucky girl born with Down Syndrome…