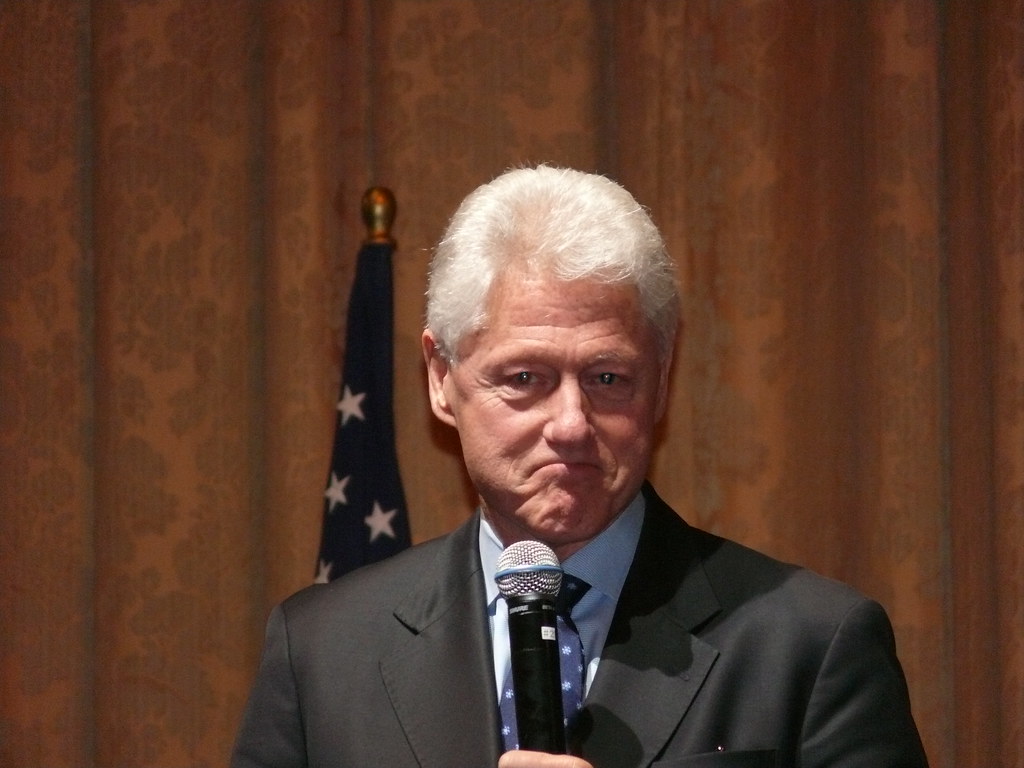 In 1990, 37 million Americans – about 10 percent of the U.S. population – had no health insurance. Many of these people were low-wage workers whose jobs didn’t offer coverage. There was a groundswell of support for far-reaching changes to the health care system, sparked partly by the rising cost of coverage and care.

“It appeared that the nation was really moving in favor of health care reform,” said Jill Quadagno, a sociology professor at Florida State University and author of “One Nation, Uninsured.” Quadagno noted that calls for reform were coming from even conservative lawmakers and business leaders. “There was a Fortune 500 survey in the early 1990’s that showed support for major change in the health care system,” she said.

As a presidential candidate, Quadagno said, Bill Clinton “had picked up on this apparently popular idea and he campaigned for universal coverage and won.” He became the first president since the 1970’s to push for major health care reform, using several major addresses – including his inauguration speech and the first State of the Union – to articulate a vision for universal coverage.

But by the summer of 1993, the effort began to face serious criticism. The president’s health care task force – led by First Lady Hillary Clinton – embittered Republican lawmakers about being left out of the process. Interest groups then turned on the reform effort, launching a series of legendary attack ads.

Toward the end of 1993, other events tugged on the president’s attention, while wreaking damage to his reputation. An ill-fated U.S. invasion of Mogadishu, Somalia left at least 18 Americans and hundreds of Somalis dead. Images of soldiers’ bodies being dragged through the streets led to skepticism about the White House’s foreign policy chops. It also distracted public attention and the administration’s energy from Clinton’s big health care reform roll out.

“And so it caused Clinton to lose momentum,” Quadagno said. “Even though it seems like a minor setback, to lose their big moment, I think, hurt.”

Bill McInturff, a Republican pollster in the early 90’s, told The New York Times that in late September 1993, support for the president’s reform plan was climbing. On October 3 – the day the U.S. invaded Somalia – that progress stopped.

A few months later, both Clintons were embroiled in the Whitewater real estate scandal, which set off a sprawling investigation that further damaged the president’s credibility as he tried to push through a massive health care overhaul.

“A big turning point came in January of 1994,” said Paul Starr, one of President Clinton’s senior health policy advisers in the early days of the reform effort. “The Whitewater story broke, and at the same time a number of different interest groups turned against the Clinton health plan. So a whole series of things seemed to go wrong right at the beginning of 1994.”

The president’s reform bill officially died at the end of the summer, when Senate Majority Leader George Mitchell conceded defeat. Republicans had vowed to vote against it even if they never laid eyes on the plan. Crushing Clinton’s initiative gave the GOP momentum heading into the November election. Newt Gingrich led the so-called Republican Revolution, in which the party took control of Congress for the first time in half a century.

Health care reform may have also been hurt by the president’s success in improving the economy. Millions of new jobs were created in 1994. With more work came more money and increased access to health care, which quieted what just a few years earlier had been a very vocal push from many corners of U.S. society for large-scale change to the health care system.

Posted by: HLA Staff
View more posts
Tags:Clinton, Conservative News, Healthcare
Do you buy organic? You might be wasting your money
Retirement planning – What have you forgotten?

Healthcare Maze when Caring for a Senior Family Member

People are living longer today than they have for many centuries. It’s not uncommon for…

Does Marijuana poses more risks than many realize?

Doctors say they’re increasingly fielding questions about the safety of marijuana, as use of the…