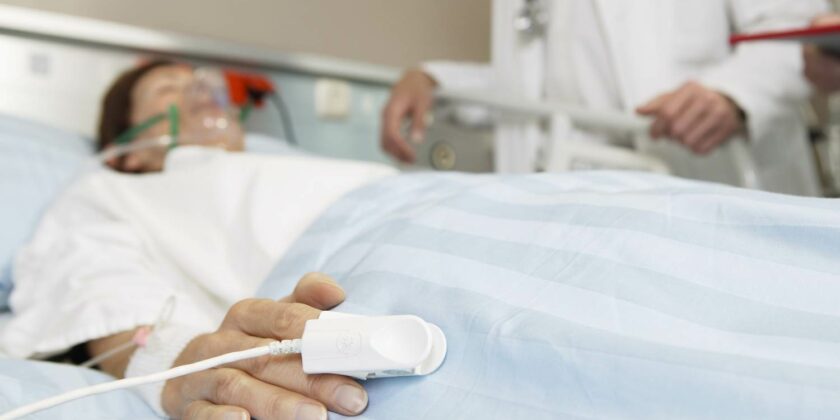 Far too many families are faced with making the hardest decision of their lives. They have a loved one in the hospital and doctors tell them that there is no hope for recovery and if they do recover, they’ll be in a vegetative state for the rest of their lives. Families are told it’s time to pull the plug and let their loved one die in peace.

I recall the controversial case of Terri Schiavo.

On February 25, 1990, 26-year-old Schiavo suffered cardiac arrest while at home. Doctors were able to resuscitate Schiavo, however, she had sustained considerable brain damage due to a loss of oxygen. She was left in what doctors described as a vegetative state. She was able to breathe on her own and her heart continued to beat on its own, but she was kept alive by a feeding tube that provided her the nourishment her body needed.

Her family held out hope and often said that they saw small signs that Schiavo was aware of their presence. It was reported that she smiled a few times and responded to their voices in the subtlest of ways. They also reported that she responded to pain. Her husband disagreed and wanted to pull the feeding tube and allow his wife to die by starvation.

The fight over Schiavo was taken to the federal courts and even included then President George W. Bush signing legislation that took the case to federal courts. In the end, the courts ruled that Schiavo’s husband had the final decision, resulting in hospital staff removing her feeding tube. Schiavo died of starvation on March 31, 2005, 16-years after her cardiac arrest.

Some still argue that there was hope that Schiavo could regain consciousness, while many in the medical community argue that she should have been allowed to die years earlier.

A more recent case brings the argument of when to pull the plug or feeding tube back into the spotlight:

An Ohio woman woke up after being in a coma for seven months. Her mother never gave up hope despite doctors advising to “pull the plug.”

Kertisha Brabson fell into a coma in September 2018 after having a seizure, CBS Pittsburgh reports.

The 31-year-old woman had been acting strangely prior to falling into a coma. Her mother, Kertease Williams, told CBS how Kertisha was reaching out for things that were not there, talking out of her head and dancing as if she was at a concert.

After she fell into a coma, doctors diagnosed her with Anti-NMDA receptor encephalitis, a disease where the body fights its own brain cells, CBS reports.

“(They) told me she was brain-dead and pull the plug and all those things,” Kertease told CBS.

But she was determined to save Kertisha, a mother of two small children, CBS reports.

Had Kertisha’s family listened to the doctors and pulled the plugs, chances are the young woman would never have woken up and would not be here today. This is not an isolated case as we regularly hear of others waking up after months in a coma or existing in a vegetative state.

I have to admit that it costs a fortune to keep someone like this alive indefinitely, but what if there is a chance of their revival, even against the odds given by the doctors? After all, there is a reason they call it PRACTISIING medicine.