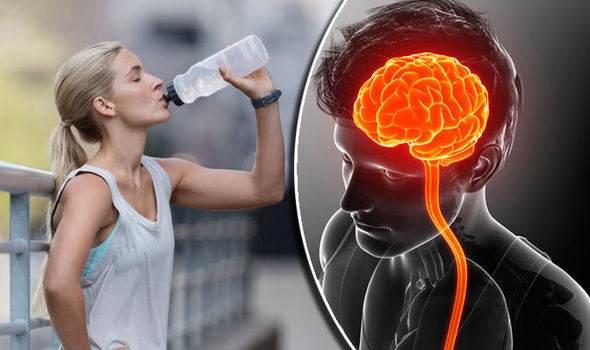 http://sparkbomb.com/magikan/5034 Since I was a kid, mothers and TV ads agreed that sick people recover best from getting plenty of bed rest and drinking plenty of fluids. But did you know you can overdo the water thing and actually do more harm than good?

une femme qui cherche un mari Tests showed that the patient had hyponatremia, a low sodium concentration in the blood due to excessive fluid consumption. This medical condition is common among athletes who consume excess water without adequately replacing sodium lost through perspiration, as often happens during strenuous exercise. This patient, however, wasn’t training physically.

rencontre 17 sans inscription When her doctors made further inquiry, the woman revealed that she had been advised that drinking plenty of fluids would help to “flush out her system” during a previous infection.

online dating for married men In people whose renal function is normal, it’s hard to exceed the body’s excretory capacity for water. With infective illness, though, increased levels of antidiuretic hormones (which may be secreted both appropriately to correct volume status and inappropriately as a feature of disease) reduce renal excretion of water.

This matter of tonics or tonicity at the cellular level is key to understanding how much fluid to drink when healthy or ill. There are three possible tonic states possible in biological organisms: isotonic, hypotonic, and hypertonic solutions. Here’s an elegant explanation of the differences between these three conditions:

“Water moves readily across cell membranes through special protein-lined channels, and if the total concentration of all dissolved solutes is not equal on both sides, there will be a net movement of water molecules into or out of the cell. Whether there is a net movement of water into or out of the cell and which direction it moves depends on whether the cell’s environment is isotonic, hypotonic, or hypertonic.”

A 2005 study wanted to find out if people with acute respiratory infections, including colds, acute sinusitis, tonsillitis, laryngitis, bronchitis, pneumonia, and influenza, benefited from drinking doctor-recommended extra fluids. The researchers outlined the pros and cons of consuming excess fluids when ill:

“Possible benefits of fluids are to replace fluid lost because of fever or rapid breathing, treat dehydration and reduce the viscosity of mucus. Possible harmful effects might be a dilution of the blood sodium concentration, leading to headache, confusion, and seizures.”

The scientists found no evidence for or against the use of increased fluids in acute respiratory infections, putting into question the utility of the time-honored wisdom to drink plenty of fluids with your bed rest to conquer that cold.

Water intoxication is no joke – it’s considered a medical emergency when a person’s sodium level drops below 125 mmol/L, as the British patient’s had, stand about a 30 percent chance of dying. (The measurement mmol/L is the abbreviation for a thousandth of a mole, the amount of any chemical substance that equals the number of atoms in 12 grams of carbon-12, per liter of fluid).

Patients who are losing lots of fluid through watery diarrhea and vomiting need to replace that fluid. But it’s vital to replace sodium, potassium, and other essential minerals (known as electrolytes) also lost with bodily fluids. Mineral electrolytes maintain the body’s ionic balance, necessary for proper nerve, muscle, and brain functioning.

The bottom line is that your body commonly loses more fluids than normal when you’re sick. Drink enough liquids to stay hydrated but forget about “flushing out an illness” since it might turn into a case of possibly lethal water intoxication.

How much is enough? Experts say to drink eight 8-ounce glasses of water a day whether you’re sick or not. Increase that amount a bit when feeling ill or fighting an infection probably but avoid bingeing.

Be moderate and pay attention to your body as you give it what it needs to heal: rest and fluid replacement. Don’t go “overboard.”