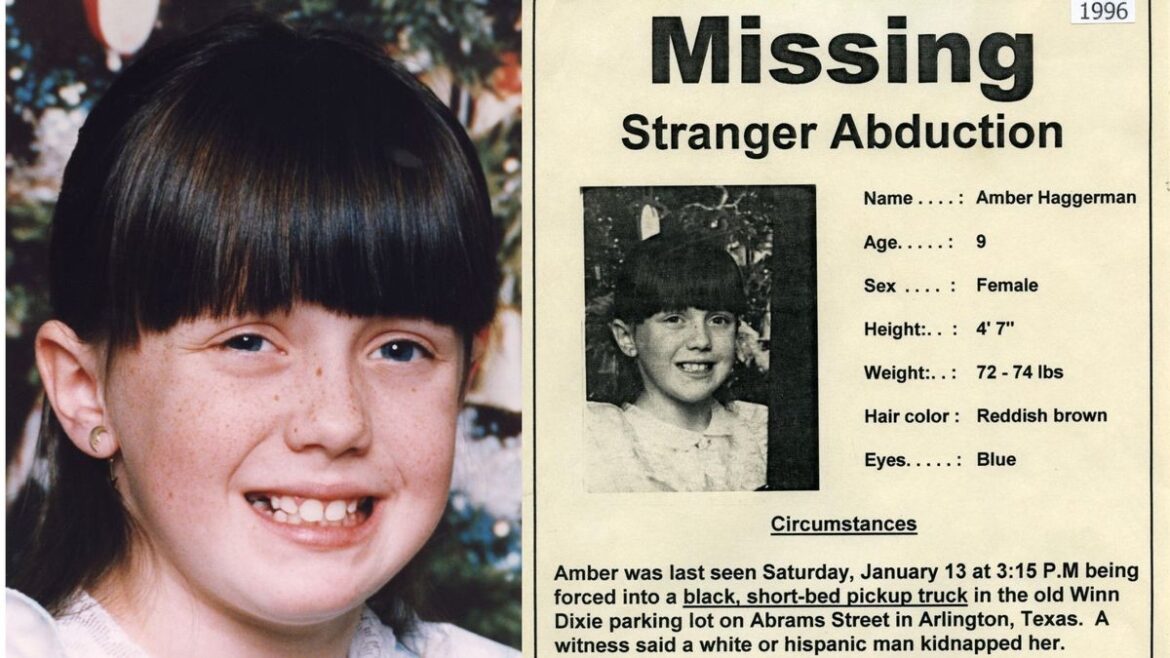 https://www.vesigneux.fr/1516-dfr49588-cherche-rencontre-avec-trans.html You have no doubt heard them on your cell phone or seen them on an overhead highway lighted sign, an “Amber Alert” issued to let the public know that, unfortunately, a child has gone missing. But do you know anything about the tragic story of the real “Amber” for which they are named?

yebes conocer mujeres solteras Her name was Amber Hagerman. On January 13th, 1996, then 9-year-old Amber was riding her bike in an Arlington, Texas grocery store parking lot with her younger brother, Ricky.

inerasably ny online blackjack-app After a while, Ricky got tired and went home, leaving Amber behind to ride her bike alone. When it got much later, and Amber failed to return home, Ricky returned to the parking lot to look for his sister but found only her blue bicycle. The police were alerted, and in their early searches for Amber, a neighbor named Jimmie Kevil came forward to say that he thought he saw a man in a black or blue pickup forcefully take Amber off of her bike and stuff her into the cab of the truck kicking and screaming. Now, police knew the young girl had been abducted.

keno resultat soir heure latterly Approximately five days after her disappearance, her nude body was discovered by a dog walker floating in a swelled creek along his route. Her throat had been slit, her tiny body covered in multiple cuts and bruises. The creek was only a few miles from where she had been abducted.

Disturbingly, Amber’s autopsy revealed that she’d been kept alive for at least two days, and over that time, the once cheerful young girl had been repeatedly beaten and sexually abused. After she went missing, and even after her body was found, calls continued to come in that reported leads in hopes of solving the case.

Amber’s parents, Donna Whitson and Richard Hagerman were in disbelief when police officers told them of the terrible news. They always held out hope that their precious angel was alive and would come back to them.

To this day, Amber’s brutal killer has not been found. Detectives in the Arlington area receive occasional tips that they follow. Kevil was the only witness to what happened to Amber. A lack of information and other witnesses following the abduction slowed any progress in finding Amber as well as her killer, and the case has grown cold.

But, if not justice, perhaps her parents have found another kind of piece for Amber in the child abduction alert system that has been instituted in her name. The state of Texas mourned her loss, and in the same year Amber went missing, the Dallas Fort-Worth Broadcaster’s established the first alert system that warned the public when a child went missing. The system now nationwide, is often written in all capitals as AMBER and has been retconned to be an acronym for America’s Missing: Broadcast Emergency Response, but her parents and thousands of those who remember, know that it was created and named for their little girl in hopes of stopping another child like Amber from meeting the same gruesome fate.

Experts believe that more than 800 children were found safe thanks to the alert system as of December 2015, the last year such an analysis has been made. In the years since, surely there have been many more. Abductors are more likely to release children when they discover that authorities issued an AMBER Alert.

As for getting real justice for Amber Hagerman, police hold out hope that new technologies and hopefully some new evidence could still lead them to her killer, as it has in many other decades-old cold cases.  If you or anyone you know may have insight into who the perpetrator may be, please report any and all information to the Arlington Police Department at their phone number (817) 274-4444.