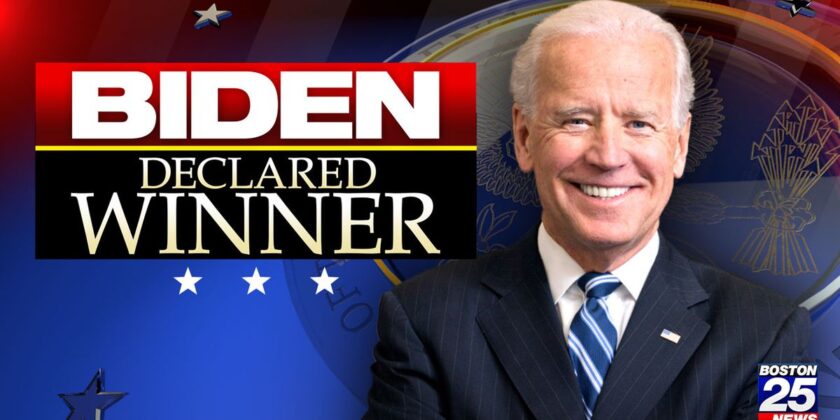 Mainstream media outlets across the country continue to perpetuate that Joe Biden is the President-elect of the United States. Many Americans blindly believe them. The truth is, as long as the legal battles persist, the election is not over.

I think back to the 2000 election when Al Gore saw an opportunity. Gore, who had previously conceded, called Bush to say that he was not conceding and then began a court battle. The battle went back and forth, eventually making its way to the Supreme Court.

While most Americans recall the argument over hanging chads and voter intentions, there was another argument over absentee ballots. Even then, there were arguments over which ballots should or should not be included. The final result was an election that was not decided until mid-December.

Now, we face a situation where the roles are reversed. Democrats are now in the “lead,” so to speak, and Republicans are fighting in close races. Except for this time, the Democrats argue that we should just accept this and move on.

Democrats told Americans their plans for how to win this 2020 election for months. They pushed for increased access to vote by mail programs. They sued for longer ballot acceptance times, something that is usually done through the state legislatures. Of course, the rules have never mattered to the left.

Now, Americans are supposed to blindly believe the process was fair and accept the results. We are to simply believe the mainstream media, who declares that they have the power to name a President. I am not buying it.

This is the same mainstream media that has told us Joe Biden was ahead by over 10  points nationally. If the vote totals remained the same right now, he would win the popular vote by 4 points. That’s a huge difference. In fact, if you take away California, the entire country was split nearly straight down the middle.

Every day you look at the news headlines, and you see the same story. Trump is lying about voter fraud. Trump refuses to concede even though he has lost. Trump needs to allow the transition committee to start working and be recognized by the GSA.

What they are not telling you is that the official transition process, as outlined by law, began in November of 2019. According to sources, the Trump Administration has met every requirement for another term or a transition of power as is required. That’s much different than the story you hear from the mainstream media.

The Democrat’s arguments are nearly identical to those we heard 20 years ago. They carried signs and demonstrated “let every vote count” in Tallahassee. It’s almost as if we are on repeat.

We do not know who will win the election pending the legal outcomes at this point, but it’s premature to say that it will be Joe Biden. You just will not hear the mainstream media say that. They believe that Americans are too stupid to think otherwise.

They believe that if they repeat the stories long enough, the majority of Americans will believe this lie as well. They have convinced so many that conservatives are racist and convinced many to riot to destroy businesses and property because of police killings. Why wouldn’t they think that Americans would believe them?

While I’m closely watching what is taking place, much of my time is spent in prayer. Not that Donald Trump wins (although I hope he does), but that our country can find some resemblance of truth in the days to come.

If Trump fails to prove that election fraud and corruption happened, no one will ever believe conservatives again. If he does prove that it exists and happened, the left will be almost unbearable as the very foundations of everything they believe will be torn down. Not to mention the lost credibility in our election process.

Posted by: HLA Staff
View more posts
Muslim Woman Removed from Flight But Why
Mother Who Killed Her Two Sons Could Be Free in Just 4 Years

Saving America’s Birds: What are the alternatives to shooting?