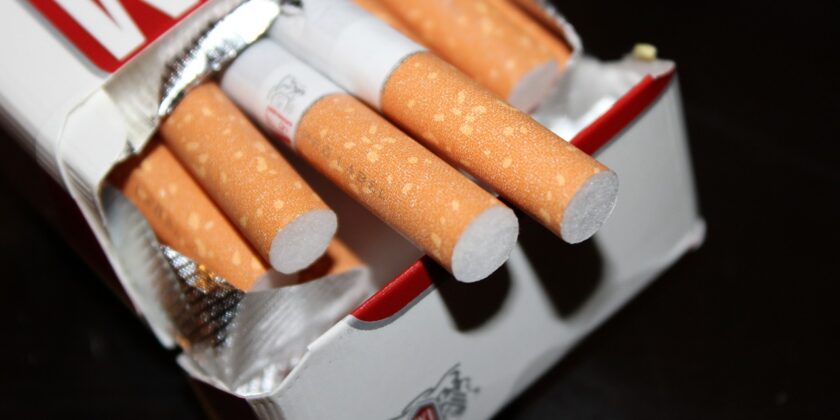 Researchers at UNC-Chapel Hill have found that people who use e-cigarettes have significantly altered immune responses to influenza viruses. This is a worrying discovery as flu season approaches and COVID-19 surges across the United States.

E-cigarettes have boomed in popularity across the U.S. in the past decade, even as the use of traditional cigarettes declined. The rise has been especially prevalent among the youth population.

Because of that, researchers have been focusing more attention on the potential health risks of e-cigarettes. These side effects are especially concerning with a respiratory-related pandemic raging across the globe.

“There’s been a lot of questions in the field as to whether e-cigarette and cigarette use is beneficial or damaging or problematic in terms of COVID, and we really haven’t had a good answer,” Meghan Rebuli, an assistant professor in the UNC Department of Pediatrics, said in an interview.

But when compared to non-users, people who vaped e-cigarettes showed more changes in the immune genes in their respiratory cells that fight off viruses. They also showed a suppressed level of antibodies.

In many of the study’s participants, this change was even more pronounced among e-cigarette users than among traditional smokers.

Which is safer: e-cigarettes or traditional cigarettes?

The findings, which compared e-cigarette users to cigarette smokers and non-smokers, were published in the medical journal American Journal of Respiratory Cell and Molecular Biology.

And while the study focused on a flu model, the findings suggest that e-cigarette users are likely more susceptible to respiratory viruses like COVID-19 than non-smokers, Rebuli said.

“We don’t want to see any suppression of genes, proteins and antibodies involved in an immune response,” she said. But that is exactly what they saw among those smoking both traditional and electronic cigarettes.

“E-cigarette use is not safe or safer than cigarettes, and that is a really important take-home message,” Rebuli said. “You probably shouldn’t be inhaling any kind of tobacco-related products; it all impairs your immune response to the viruses.”

Rebuli added that if you do smoke or vape, “You need to be hyper vigilant about using PPE and protecting yourself from COVID and from respiratory viral infections, because you may be more susceptible to adverse responses to these viruses.”

UNC’s study compared non-smokers, cigarette smokers and e-cigarette users between the ages of 18 and 40. The researchers inoculated participants with a live attenuated influenza virus, a modeled flu infection that allows researchers to safely examine immune responses in subjects.

After comparing the nasal fluid and other biomarkers of the patients, the researchers did not find that the viral load, or the amount of the virus in a person, differed among the three groups in the study.

But they did find a decreased expression of immune genes critical for defense against a virus as well as the genes that help train the body to prevent reinfection.

“This is not good,” Ilona Jaspers, the director of the UNC Center for Environmental Medicine, Asthma, and Lung Biology, said in a statement.

“We want to see (these) levels increase during infection,” she added. “It’s the body’s natural way to defend against an invader. Here we saw that both smoking and e-cigarette use hampers (immune gene) levels.”

What this means for a vaccine

Rebuli said this could be worrisome news for vaccine effectiveness among this population as well.

These genes are also important for helping the body’s immune system recognize a virus that it has encountered before.

“Your body can recognize the virus and create kind of an immune memory … which prevents you from subsequent infection,” she said. “That is how a vaccine works.”

“The question here,” she added, “is if this is a 90% effective vaccine, is it going to be similarly effective in e-cig users, or are they going to have trouble generating that immune memory?”

That is still unclear at this time, Rebuli said. Further studies are needed that look at COVID-19 specifically.

The study was funded by the National Institutes of Health, the U.S. Food and Drug Administration, and a Leon and Bertha Golberg Postdoctoral Fellowship.

Posted by: HLA Staff
View more posts
Mother Who Killed Her Two Sons Could Be Free in Just 4 Years
Serial Killer on the Loose in Colorado?