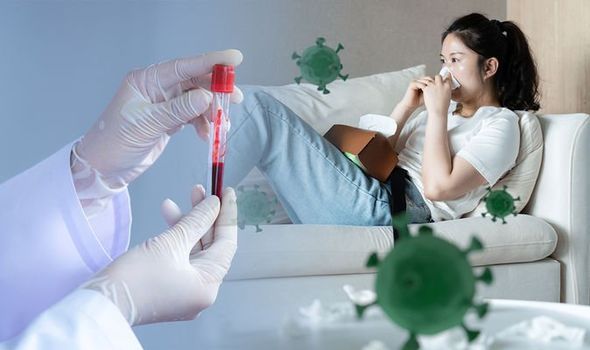 rencontre avec les filles d'oran If you’ve been following the daily coronavirus briefings from the White House, then you’re already aware that the most vulnerable group for contracting the deadly virus are seniors followed by individuals with a host of underlined medical issues that affect the immune system, such as diabetes, heart disease and respiratory issues like emphysema.

http://biblioteka-chrzastowice.pl/marysja/6250 While the research is still in the preliminary stages, it appears that blood type may play a role in who’s at risk.

dating a rolex gmt The research is currently being led by Dr. Wang Xinghuan with the Centre for Evidence-Based and Translational Medicine at Zhongnan Hospital of Wuhan University, looking at over 2,000 infected Chinese patients in the cities of Wuhan (where the outbreak occurred), and in Shenzhen.

cytotec la paz bolivia 2017 The study found that those patients with blood type “A” had a higher rate of infection with more complex and severe symptoms than their type “O” counterparts. Of the 206 patients initially tested, 85 had type “A” blood, while 52 had type “O” blood, a 63% increase, while the other blood types were spread among the 8 most common groups.

The researches concluded in their study; “People of blood group “A” might need particularly strengthened personal protection to reduce the chance of infection.”

Adding that Sars-CoV-2-infected patients with blood group “A” may need to receive more vigilant surveillance and aggressive treatment.

While those with “Blood group O had a significantly lower risk for the infectious disease compared with non-O blood groups.”

Moreover, according to another study by the US National Center for Biotechnology Information (NCBI), type “O” blood is the most common blood group within the 8 classifications of  A+, A-, B+, B-, O+, O-, AB+ and AB-, which may in fact pose several issues with the study.

Contrast those percentages with the United States, in which about 44% of the population is type “O” followed by 41% with type “A” which calls into question the Chinese premise regarding an individual being at a higher risk because of blood type, moreover with only 206 patients actually tested, the research seems woefully inconclusive.

Wang wrote: “It might be helpful to introduce ABO blood typing in both patients and medical personnel as a routine part of the management of Sars-CoV-2 and other coronavirus infections, to help define the management options and assess risk exposure levels of people.”

Meanwhile, Gao Yingdai, a researcher with the State Key Laboratory of Experimental Haematology in Tianjin, suggested that ordinary citizens should not take the statistics too seriously.

‘If you are type “O”, it does not mean you are absolutely safe, either. You still need to wash your hands and follow the guidelines issued by authorities.”