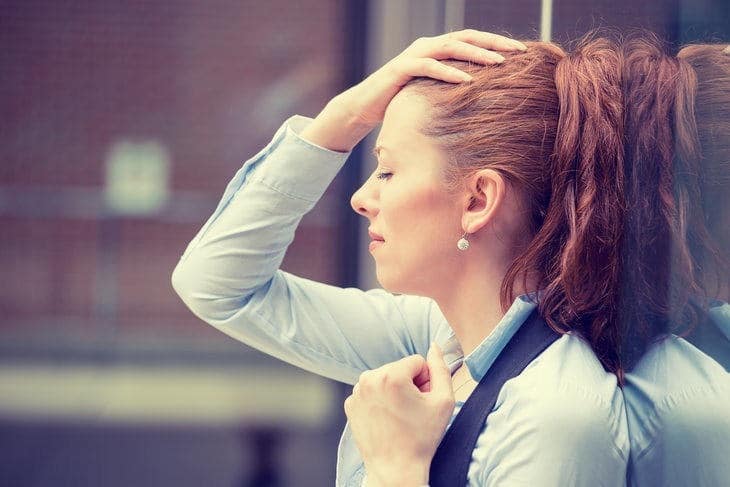 Today’s America is nothing like the America I knew 50-years ago. Back then, there were still pressures in life, but most adult Americans handled those pressures better than they do today. The biggest pressures back then were providing for and taking care of family and one’s career. For the most part, politics was something you thought about when you went to the polls to vote, but it wasn’t a feature of everyday life and daily news like it is today.

Today’s America is much different and a lot of that is attributed to technology bringing all forms of media news to us every day on the television, newspapers, tablets and phones. The anti-American Democrats and liberal media is in our face, eyes, ears and minds every day and it does get stressful, especially for anyone who cares about the America we are losing.

Additionally, jobs and personal finances are also more tenuous than 50-years ago. The norm is for people to change jobs on a regular basis. Staying with one company for most of your working life is not nearly as common as it once was.

Fifty-years ago, most employers offered pensions to help their employees to retire in some sort of financial security. Today, pensions are rare and retirement accounts are strictly regulated, limited and up to the individual, many of which do not take advantage of it. Sadly, millions of adults reaching retirement age end up relying on Social Security with in most cases falls drastically short of paying the bills, let alone any other aspect of life.

Therefore, millions more adults in our nation are under constant financial stress most of their adult working life and that also causes more stress in our family relationships, resulting in poorer sleeping habits than fifty-years ago.

We constantly hear about the health dangers of not getting enough sleep, but there is a new risk that may only help add more stress to many people.

A recent study has linked the lack of REM sleep with an increased risk of developing dementia later in life. According to one report:

“Consider it another strike against not getting enough sleep: A new study finds that getting too little REM sleep may be linked to a higher risk of dementia later in life.”

“REM, or ‘rapid eye movement,’ sleep is one of four sleep stages, which also include two stages of light sleep and a stage of deeper sleep called slow-wave sleep. REM sleep is characterized by vivid dreams and high levels of brain activity, similar to the brain’s state when its awake. Humans typically cycle through several periods of REM sleep between the other stages of sleep each night.”

“In the new study, published today (Aug. 23) in the journal Neurology, researchers found that the people who developed dementia had gotten significantly less REM sleep when examined overnight years earlier compared with the people who didn’t develop cognitive problems.”

Researchers are not sure why the link between the two, only that there seems to be an association.

A lack of sleep has been linked to increased risk of developing heart disease, strokes, obesity and diabetes. Now there may be a link to increased risk of dementia, but then again, the benefit of having dementia is that you may not be able to remember all of the politics, financial and family problems that kept you awake at night and you may finally be able to get enough sleep and plenty of REM sleep to boot.

What Nightmares Can Tell Us About Our Health

What’s your most frequent nightmare? Is it dreaming that you’re dying, or that one of…

Too much sleep linked to a greater risk of disease and death, study finds

The recommended amount of sleep for adults is six to eight hours a night. Sleeping…