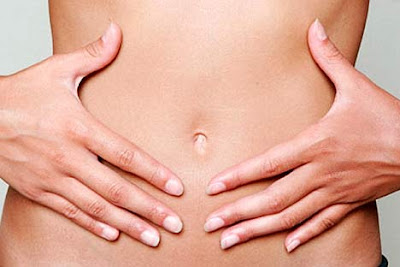 The ovaries are the primary female sex organs as they produce eggs and most of the female hormones, mainly estrogen and progesterone. They are egg-shaped bodies on either side of the body, measuring about an inch and half long. The hormones produced by the ovaries play vital roles in breast development, the female body shape, body hair, regulate the menstrual cycle and control much of what happens during pregnancy and child birth. At some time during menopause, the ovaries stop producing eggs and some hormones while decreasing the amounts of other hormones they produce. This is why so many women end up taking hormone replacements after menopause.

Ovarian cancer (used collectively for cancers of the ovaries, Fallopian tubes and peritoneum) results in more deaths than any other form of female reproductive cancer. However, if discovered early, it is generally treatable.

If you experience any of these symptoms for more than two weeks, see your doctor as soon as possible.

What is the difference between cancer screening and a diagnostic test? Screening is used to look for a cancer before there are any symptoms. Diagnostic tests are used once symptoms have occurred and they are used to determine the cause of the symptoms or the stage of cancer. At the moment, according to the CDC, there is NO definitive screening for ovarian cancer. Pap tests only detect the presence of cervical cancer, not ovarian cancer. This is why it is so important to know what the symptoms for ovarian cancer and then to recognize them if they occur. It is so very important to know your body and what is and isn’t normal and to be honest and open with your doctor if you suspect anything.

Ovarian cancer is generally treated via surgery and/or chemotherapy. In surgery, the cancerous tissue is removed and often results in a partial to full hysterectomy. In cases when detected early, a gynecological oncologist (cancer specialist) may choose to use one of a variety of medications to try to kill the cancer cells and avoid the need the surgery. Again, I can’t express enough the importance of learning the symptoms, knowing your body and seeking help if you suspect you may have a form of ovarian cancer. Sometimes, the symptoms are caused by non-cancerous conditions which can also be treated, but if cancerous the earlier it’s detected, the greater your chances of a full recovery.