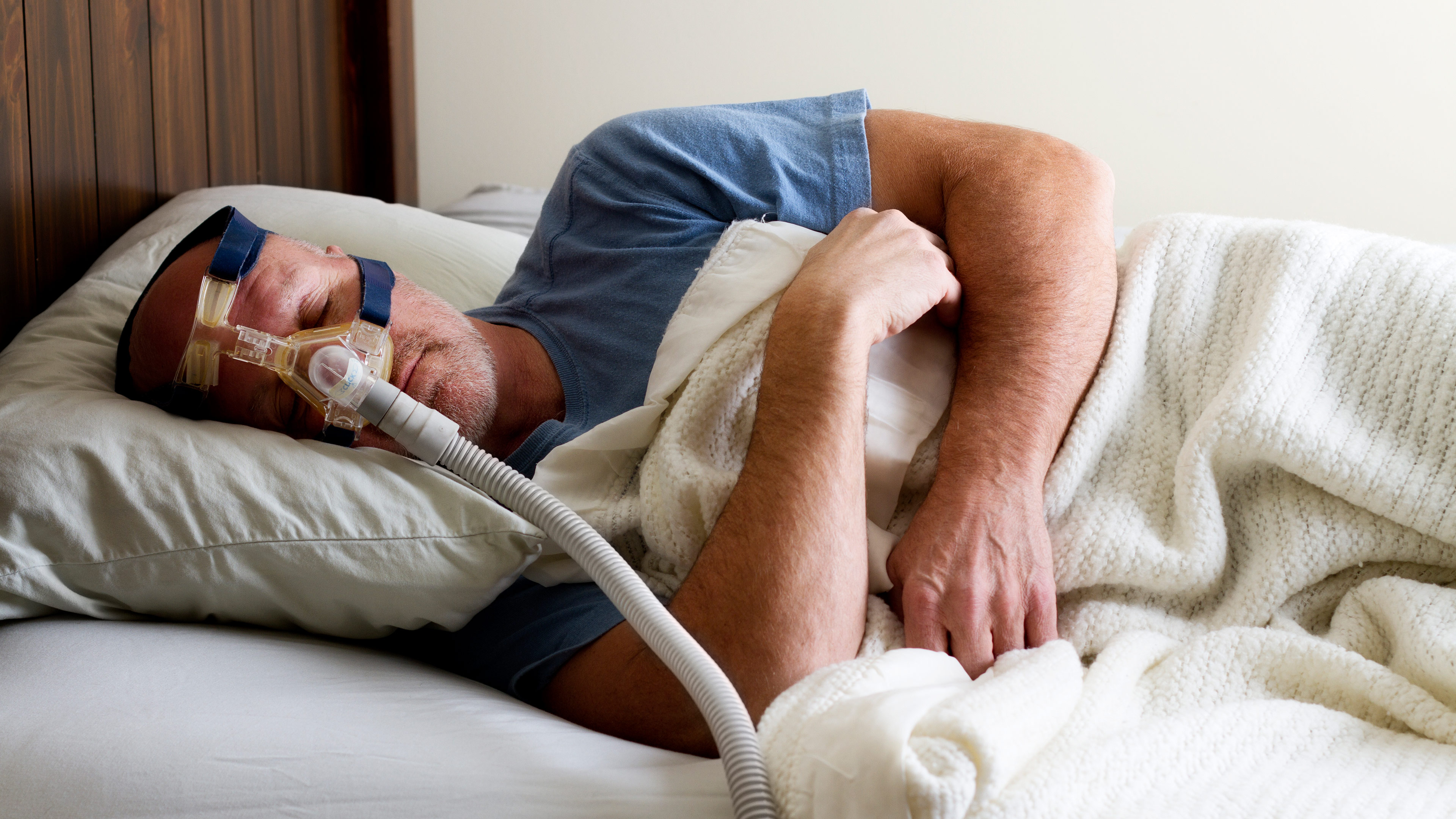 Last August, I asked if any of you felt chronically tired and fatigued and if you had problems sleeping or getting a good night’s rest. I pointed out that there are over 70 different sleep disorders that could be responsible, but the most common and most problematic is sleep apnea or obstructive sleep apnea (OSA).

OSA is caused by the muscles in the back of the throat relaxing when lying down to sleep. When the muscles relax, they drop down and block the airway, preventing you from breathing. When you don’t breathe, the brain sends a signal to wake you up, which causes the muscles to return to their normal position and tension. This can happen from a few times a minute to several times a second. However, with most people, they usually don’t fully wake up each time the brain sends the signal. The arousal is just enough to restore breathing. The end result is a very restless night sleep and lower oxygen levels to the brain, which in turn can cause a number of issues including memory loss, stress on heart and other health issues.

If left untreated, obstructive sleep apnea can take years off of your life. While OSA may not directly kill you, it often has an indirect impact that leads to a shorter lifespan. It also leads to more auto accidents, lost time from work loss of production when you are at work.

The most common form of treatment is sleeping with a CPAP (continuous positive airway pressure) device. I sleep with a CPAP and it does help, but it hasn’t totally eliminated my sleep apnea and for many people, a CPAP does not work. Some cannot handle having the nasal mask on at night and for others, the mask is not a problem, it’s just that the CPAP doesn’t stop the OSA.

A former coworker had surgery to remove the uvula in the back of the throat. The surgery also did something else and she was in a lot of pain for months afterward, but eventually, everything healed and it cured her OSA. For some, even this extreme measure doesn’t work.

A new device, however, is proving to help in at least 68% of the cases. The device is called Inspire. Basically, it’s a pacemaker that is inserted into the chest with leads running up to the throat muscles that cause OSA. The person has a remote device to turn on Inspire when they go to bed and turn it off again when they get up.

For Peggy Siravo, nothing worked to stop her OSA. She tried a CPAP and even added supplemental oxygen, but she still wasn’t sleeping well, her oxygen levels were low and it was causing fatigue and memory loss She could barely do her job. She said she knew she was in trouble and needed help, and turned to doctors for help, and she eventually had the Inspire implanted and she’s now cured.

“This has been revolutionary. It’s been a game changer.”

“She’d given up. And she had memory issues, she was miserable. This is not a benign disease… it actually shortens people’s lives.”

“So before we activated the device, we have all sorts of problems… This is basically your brain saying, ‘I’m not breathing.’ … And after we activate the device it’s perfect. Look at your oxygen. Nice, stable, flat line, staying around 96-97 percent. So this is good as it gets.”

“And as far as I’m concerned, this is a cure. This is awesome.”

After having Inspire implanted, Siravo was asked what it’s like to get a night’s sleep. She responded:

“Great. Turn myself on. I go to sleep, and then I get up. And I turn myself off. And I have a normal day like you and everybody else.”

If you suffer from OSA and have not gotten the help or relief, you may want to inquire in Inspire. However, you need to know that the device costs $20,000 and that doesn’t even include the surgery necessary to implant the device. Some insurance companies may cover some of the costs if it can be proven that nothing else has worked.