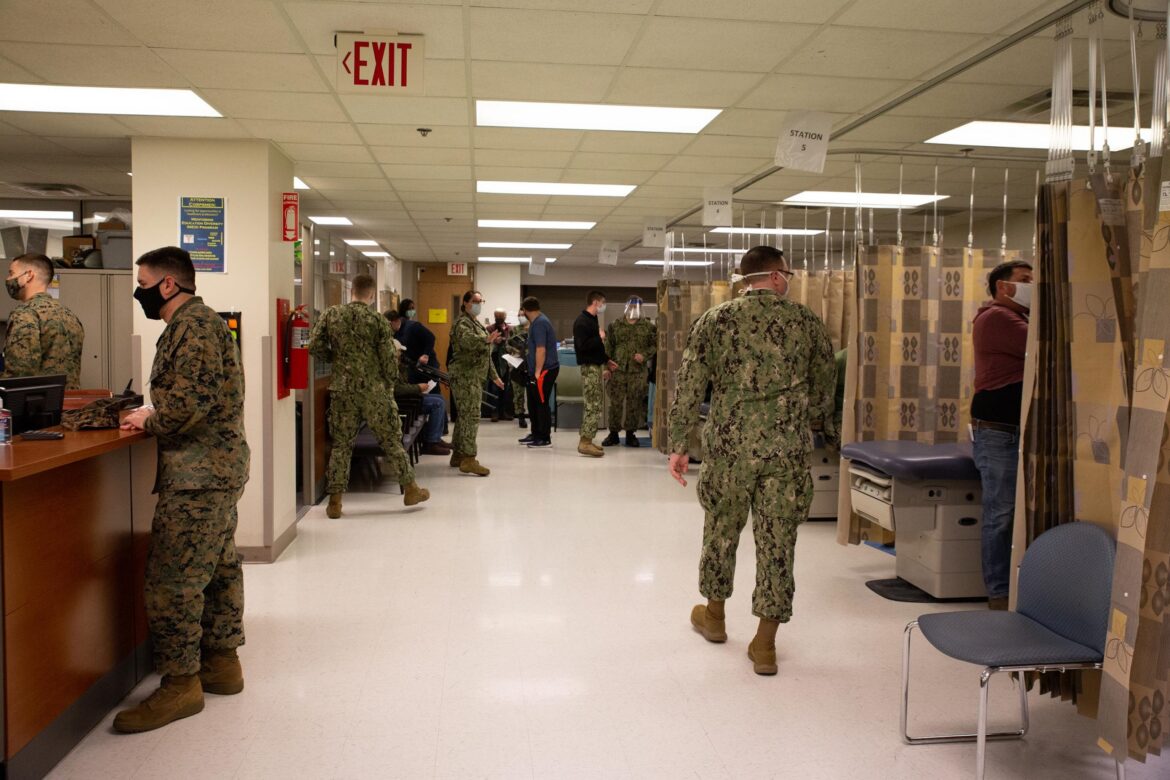 Of the 123,500 Marines who have had access to the vaccine, 75,500 Marines are either fully vaccinated or have received one dose, and about 48,000 have declined it, Communication Strategy and Operations Officer Capt. Andrew Woods told USA TODAY.

“We fully understand that widespread acceptance of the COVID-19 vaccine provides us with the best means to defeat this pandemic. The key to addressing this pandemic is building vaccine confidence,” he said, confirming a statistic first reported by CNN.

Woods said the Navy and Marines were working to ensure that soldiers have accurate information about the safety of the vaccine.

Woods said service members may have declined the offer for any one of a variety of reasons, including wanting to allow others to get the vaccine before them; having already received the vaccine through other channels; or waiting until the military makes receiving the vaccine mandatory, which it has yet to do.

Because the Defense Department has only emergency-use authorization from the Food and Drug Administration for the COVID-19 vaccine, the department can’t make receiving the vaccine mandatory for service members, but President Joe Biden could issue a waiver.

Seven Democratic members of Congress sent a letter to Biden asking him to issue a “waiver of informed consent” to require all U.S. military service members to get the vaccine.

The letter, obtained by CNN, said that while the Pentagon has “made admirable efforts to educate service members on the safety and efficacy” of the vaccine, those efforts have been “outpaced by disinformation dominating social media.”

Based on data shared with CNN by the Marine Corps, the refusal rate at one prominent Marine base, Camp Lejeune in North Carolina, was significantly higher: 57% of Marines there refused the vaccine.

Of the 26,400 Marines at Camp Lejeune who have been offered the vaccine, 15,100 chose not to get it, including members from the II Marine Expeditionary Force and Marines Corps Installation East.

More than 100,000 Marines have yet to be offered the vaccine, Wood said.