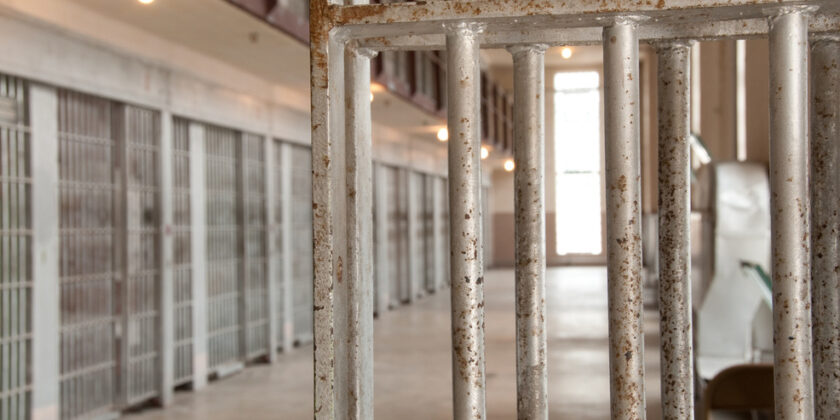 Susan Smith, who killed her young sons in 1994 by driving into a South Carolina lake with the boys strapped in their car seats, could be a free woman in just four years.

Smith, now 49, has recently been on her best behavior at the Leath Correctional Institution in Greenwood. She spent her first 20 years behind bars romping with prison guards, taking drugs, and self-harming, according to People magazine and records.

“She’s behaving herself these days,” a prison source told the outlet. “She knows that her parole date is four years away and she can’t get parole if she isn’t being good.”

Smith was a young mom in her early 20s when she killed the boys amid a romance with a man who didn’t want children.

On October 25, 1994, Smith drove to a secluded lake in the Palmetto State and let her car roll into the water with her two sons — 3-year-old Michael and 14-month-old Alex — still strapped in their car seats.

At first, she told police a black man had carjacked her and taken off with the boys. She made public, teary-eyed pleas for their safe return before eventually confessing to the horrific murders.

She was convicted on two counts of murder and given a life sentence that comes with eligibility for parole after 30 years, which will be in November 2024.

Aside from the cruel nature of her crime, Smith faces a tough battle convincing a parole board to free her.

Between March 2010 and March 2015, she has been in trouble with jail officials five times for using narcotics, self-harming, and other infractions, according to records.

She was also caught romping with two prison officials — a corrections officer and a prison captain — in 2000 and 2001.

And even without that disciplinary history, the nature of her crime, coupled with victim and law enforcement opposition that’s sure to come, makes it “highly unlikely” Smith will get parole, said attorney Jon Ozmint, the previous director of the South Carolina Department of Corrections.

“Based on how I see our parole board operating, I think Susan’s going to have strong law enforcement and victim opposition” at her parole hearing, Ozmint told The Post.

“And that single factor many times weighs more than everything else.”

Honey the dog wandered around for seven years after disappearing near San Antonio, Texas. The…

Girl, 12, is arrested for ‘murdering her six-month-old brother’