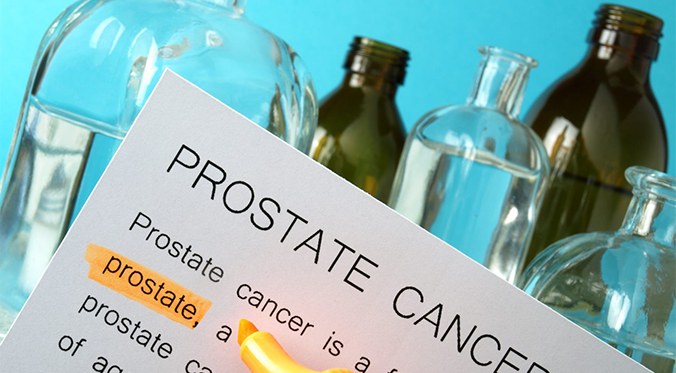 There is no doubt that prostate cancer is on the rise. Next to skin cancer, it is the second most common cancer among American men, even surpassing lung cancer. A recent study claims that there is a link between prostate cancer and our modern diet:

PROSTATE CANCER IS ONE of the most common types of cancer to occur in men. It’s the second most common cause of cancer in males, just behind skin cancer. As frightening as a diagnosis of prostate cancer can be, the treatment options available today make it one cancer type that many men are able to successfully beat. But the goal, as always, is to prevent cancer before one must think about being diagnosed with or treating it. And there are plenty of helpful ways a man can reduce his prostate cancer risk, including what he eats. Here’s what to know about the connection between diet and prostate cancer.

In general, what we eat affects every part of our bodies, and the prostate is no exception. Numerous studies indicate that some foods, consumed frequently, that can be detrimental to or may increase a man’s prostate cancer risk. These foods include:

Okay, I’ll admit that red meat has been labeled as a killer food, increasing the risk of heart disease, high blood pressure, stroke, diabetes, kidney disease and more and I don’t doubt the claims and studies, but I also can’t believe that the diet mentioned above in the study is the culprit for the increase cases of prostate cancer.

Please bear with me.

For centuries, red meat and dairy were staple diets for many people. That’s why cattle ranching and farming was so popular for the past few centuries. Not only cattle, but pigs and sheep have also been staple diet red meats, along with a number of game animals such as buffalo, venison, elk, moose, antelope and wild boars.

Milk was also a staple diet item for centuries, as was wine, beer and whiskey. So many families had at least one milk cow and others had goats they milked. Milk was also a staple in cooking of breads and biscuits as well as a main ingredient in many other dishes. And let’s not forget about real butter, made from raw milk that contained the rich fat cream.

I know for a fact that in the old west, many a cowboy lived on beef, buffalo and alcohol. Quite often, they fried their red meat in animal fat, as they did for other food items. Before the days of commercial unsaturated oils and fats, animal fat (saturated) was used in virtually all cooking.

So, why wasn’t prostate cancer more prevalent in those days than it is now? Is it really due to consuming red meat, dairy, dairy and saturated fats or are there other things in our modern lives that contribute to the increase of prostate cancer?

What Happens When You Have Sex on Your Period

The topics of sexual and vaginal health need to be discussed openly and freely—after all,…

Inside the Murky World of Big Pharma’s Celebrity Partnerships

It doesn’t get much more A-list than Serena Williams. The 23-Grand Slam singles winner is…