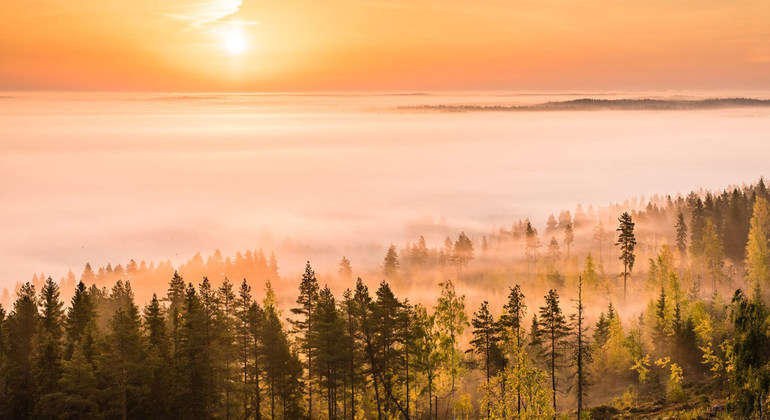 No comments
While 2020 will be at or near record-warmth globally, this is not something we should be particularly alarmed about.

With COVID-19 and demonstrations taking center stage in news coverage, it is easy to forget that we are all dying from climate change, anyway … or so we have been told. The recent claim at cbsnews.com that 2020 will likely be the warmest year on record (globally) leads one to ask: So what?

The “warmest year” is typically only hundredths of a degree warmer than the previous record-warm year. Global warming has proceeded at an average rate that is probably too small to be observable by humans in our lifetimes. This is because the seasonal (40, 60, 100 degrees and more) and day-to-day (20, 30, 50 degrees and more) changes in weather to which we are accustomed swamp the signal of long-term climate change. The signal is so small that questions continue to be raised regarding how well our global network of thermometers, designed to measure large weather changes, can reliably sense such small climate changes. It does not help that most thermometers are sited near spurious sources of heat that have gradually increased over time as population and infrastructure have also increased.

The recent claim of the first 100 deg. F temperature reading above the Arctic Circle in Siberia is incorrect; it was 100 deg. F in Ft. Yukon, Alaska way back in 1915. The town in Siberia measuring 100 deg. F (Verkhoyansk) is notable for its exceedingly cold winters and hot summers, holding the Guinness World Record for the largest observed seasonal temperature swing: an astonishing 189 deg. F.

Nevertheless, there still appears to have been 1 to 2 deg F average warming of the globe in the last 50-100 years. What is the cause? While increasing atmospheric carbon dioxide from fossil fuel burning is a leading potential culprit, the possibility of a natural cause for some of the warming cannot be ruled out. In fact, the alarmist UN Intergovernmental Panel on Climate Change (IPCC) implies as much when it claims only that more than half—not all—of the warming since the 1950s has been human-caused.

The fact is that science cannot say with any level of confidence just how much of the warming could be natural versus human-caused. It is scientifically inarguable that the warming of the deep oceans in recent decades equates to a global average energy imbalance of only 1 part in about 250 of the natural energy flows, and we do not know any of those natural energy flows in the climate system to that level of accuracy. That puts human-caused climate change more in the realm of faith than you have been led to believe. Climate modelers simply assume that the warming is human-caused, and so adjust their computer models accordingly.

I am not overly concerned about the fate of my grandchildren or their children even if the gradual warming trend continues. I am more worried about current ill-advised energy policy responses to the warming, which inevitably reduce global prosperity and increase poverty.

People were already lonely before the coronavirus pandemic hit. Before COVID-19 stranded folks at home…

What You Need To Know About So-Called ‘Superfoods’