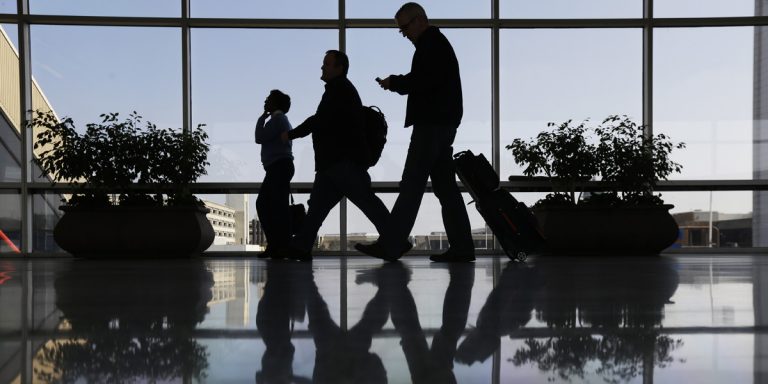 This Christmas holiday season set a record with around 115,600,000 Americans traveling either on the roads, train, bus, and airlines. This is nearly a 4% increase over last year’s record holiday travelers.

On our local news this past Friday, the only traffic issue anywhere in the area was the freeway exit to the airport. Traffic was backed up from the airport, on the road to the airport, on the exit ramp and onto the freeway. The TSA security lines were already backing up by 6:00 am and expected to continue to grow over the next few hours. From what I heard, many other airports experienced similar traffic backups and TSA security lines.

The news images of the crowd of people at our local international airport made me wonder how many were sick and spreading their illnesses with everyone else around them. This year’s flu season is still peaking and other illnesses are also still spreading in near epidemic proportions.

One of those illnesses is the measles and according to circulating reports, tens of thousands of people traveling through at least 5 major airports:

According to health officials, an unidentified person was believed to have contracted the disease while traveling in Europe in late November before he visited the Austin-Bergstrom International Airport last week.

“That individual became ill on December the 14th and developed a rash on December the 17th. On that same day, December 17th, he boarded a flight from Austin to Chicago, United Flight 790, with a connecting flight to Virginia,” said Dr. Mark Escott, Interim Health Authority for Austin Public Health.

And officials said three unvaccinated children with measles were visiting from New Zealand on Dec. 11 and likely exposed travelers at Denver and Los Angeles International airports.

When I was a kid, it seemed like every kid got measles sometime during elementary school. Then the measles vaccine was invented and for a while, some health experts believed or hoped that measles would be officially eradicated.

Then came the scare that vaccines were causing autism, resulting in many parents opting to not have their kids vaccinated against the measles and several other illnesses.

Therefore, if you were one of the many holiday travelers that trudged through the madding crowds at airports around the nation, what should you look for if you or others in your family were exposed to the measles? According to MayoClinic.com:

The incubation period for measles usually lasts from about 10-14 days after being exposed. During this time, there are no symptoms. Then it will usually begin to manifest with a mild to moderate fever, sore throat, headache, cough and runny nose. This stage usually lasts a few days which is followed by a rash consisting of small red raised spots. The rash can occur in blotches or spread all over, starting with the face and then moving down to the rest of the body.

In many cases, this is the worst of the measles, but for a growing number of people, the illness can get worse with fevers running as high as 105.8ºF.

When is a person contagious? Generally, starting about 4 days before the rash appears and generally ending about four days after the rash is present. Some doctors say a person is contagious as long as they are running a fever. That means that many people traveling through an airport may not have a measles rash but is still highly contagious.

If you traveled over the Christmas holiday season, be aware of the symptoms for you and your family members. If you suspect you or they may have the measles, see your doctor immediately.