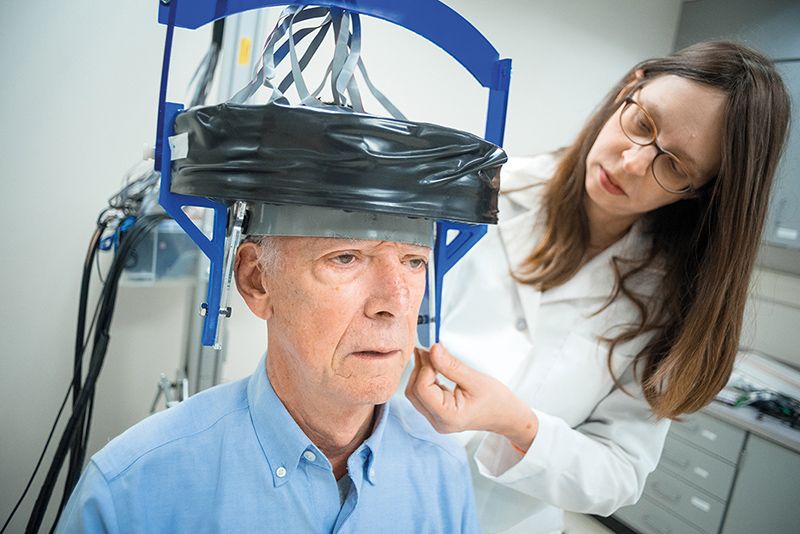 address Alzheimer’s disease is broken down into three stages. They are determined by the length of time someone has the condition and the severity of the symptoms. Since everyone progresses through Alzheimer’s differently, it’s difficult to just pigeon hole and define the stages in generalities. Some people will only live about 4-8 years with Alzheimer’s and others will live for 20 years.

According to the Alzheimer’s Association, the three stages are defined as:

you could try these out Mild Alzheimer’s disease (early stage)

In the early stage of Alzheimer’s, a person may function independently. He or she may still drive, work and be part of social activities. Despite this, the person may feel as if he or she is having memory lapses, such as forgetting familiar words or the location of everyday objects.

Friends, family or others close to the individual begin to notice difficulties. During a detailed medical interview, doctors may be able to detect problems in memory or concentration. Common difficulties include:

Moderate Alzheimer’s is typically the longest stage and can last for many years. As the disease progresses, the person with Alzheimer’s will require a greater level of care.

During the moderate stage of Alzheimer’s, the dementia symptoms are more pronounced. A person may have greater difficulty performing tasks, such as paying bills, but they may still remember significant details about their life.

You may notice the person with Alzheimer’s confusing words, getting frustrated or angry, or acting in unexpected ways, such as refusing to bathe. Damage to nerve cells in the brain can make it difficult to express thoughts and perform routine tasks.

At this point, symptoms will be noticeable to others and may include:

In the final stage of this disease, dementia symptoms are severe. Individuals lose the ability to respond to their environment, to carry on a conversation and, eventually, to control movement. They may still say words or phrases, but communicating pain becomes difficult. As memory and cognitive skills continue to worsen, significant personality changes may take place and individuals need extensive help with daily activities.

At this stage, individuals may:

As you can see, from the very beginning, people suffering from Alzheimer’s have memory problems. But what would it mean to these people and their families if there was something that would significantly reduce that memory loss?

Researchers affiliated with NeuroEM Therapeutics have just tested a device that appears to do just that, as reported:

But now, researchers affiliated with NeuroEM Therapeutics — a medical device company based in Phoenix, AZ — have developed a wearable device that, according to their recent open-label clinical trial, can significantly reduce memory loss in Alzheimer’s by disaggregating toxic protein formed in the brain.

The device has the shape of a cap, and it emits electromagnetic waves in a frequency that, as preclinical studies in mice have shown, can help reverse memory loss. The research team that conducted the clinical trial reports the groundbreaking results in a study paper that appears in the Journal of Alzheimer’s Disease.

“Despite significant efforts for nearly 20 years, stopping or reversing memory impairment in people with Alzheimer’s disease has eluded researchers,” notes one of the researchers, Dr. Amanda Smith, who is the director of clinical research at the University of South Florida Health’s Byrd Alzheimer’s Institute in Tampa.

For the trial, the researchers worked with eight participants with mild to moderate Alzheimer’s disease and their caretakers, who received instructions on how to use the therapeutic device at home. The participants received the treatment twice a day for 2 months, and each session lasted just 1 hour.

By the end of the 2 months, none of the participants had experienced any side effects. Brain scans conducted by the researchers at the end of the study showed that the eight individuals had not developed tumors or brain bleeding as a result of having used the device.

To assess whether the treatment had helped the participants, the investigators used The Alzheimer’s Disease Assessment Scale-Cognitive Subscale test (ADAS-cog), the most widely recognized method of assessing cognitive function.

http://www.vffl.at/lybistok/5626 The team found that seven of the eight participants saw an increase of over 4 points in cognitive performance on the ADAS-cog scale after 2 months. This, the researchers explain, is as if the participants’ cognitive function had “rejuvenated” by a year.

To many, that year would be very precious to have. Further tests will be conducted, but the preliminary results show great promise for millions of Alzheimer’s patients and their families and caretakers. Imagine giving these people another year or maybe more before Alzheimer’s ravages their mind.

Every month, there is new and exciting news for Alzheimer’s patients and many are confident that continued research will soon find an effective treatment and even a cure for Alzheimer’s. The question for many is how soon? Will it be soon enough?