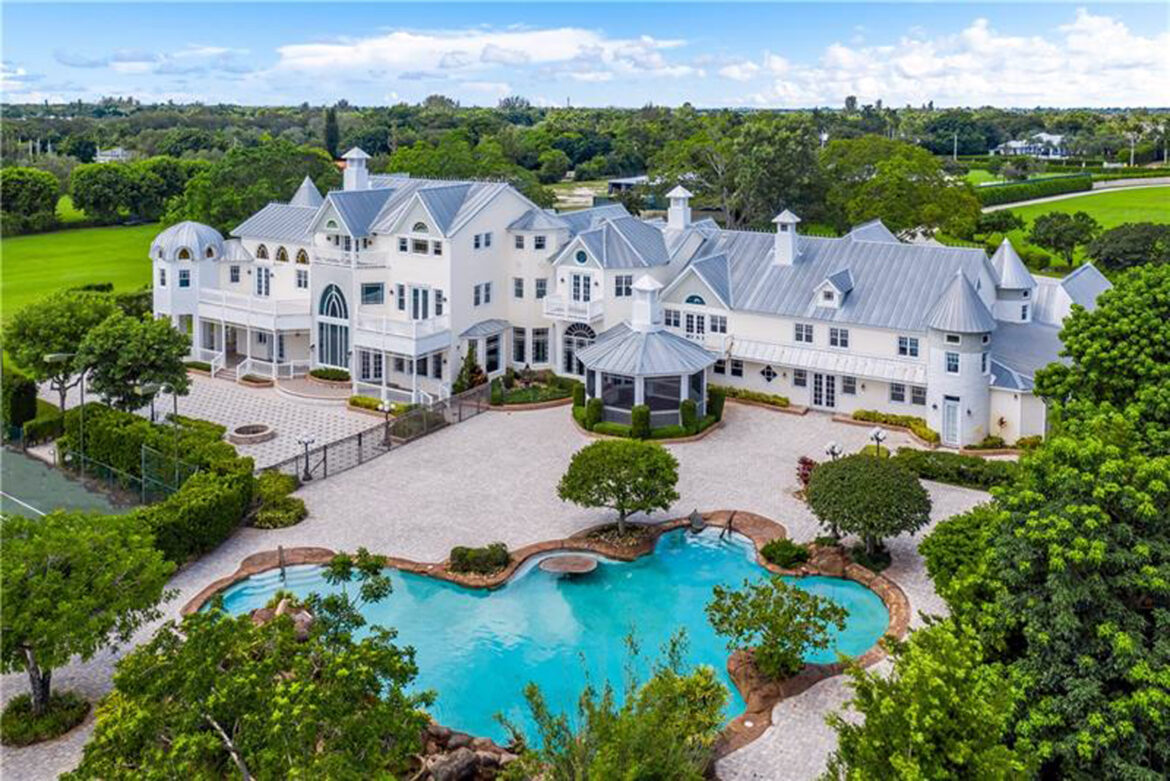 A Florida couple found the perfect venue for their wedding.

A beautiful sprawling mansion that boasts a tennis court, gazebo, and a pool with a waterfall. They were so excited to share their day of bliss with the guests who arrived to celebrate their nuptials at “their dream home.”

The only problem was, the couple did not own, rent, nor have permission from the actual owner of the multi-million dollar estate to even be on the grounds of his home, let alone be married and have a wedding reception there!

Courtney Wilson and Shenita Jones had invited their whole family to their wedding at what they claimed was their “dream home and estate,” which turned out to be a palatial estate in the upscale Florida suburb of Southwest Ranches, the South Florida Sun-Sentinel reported recently.

The 16,300-square-foot mansion, which is on the market for $5.6 million, boasts a bowling alley, 15 bathrooms, a home theater, and an 800-square-foot bar. Since the house was on the market, the “squatters to be” assumed the property was empty, and they could somehow get away with holding a wedding there!

In their online wedding invitation, Wilson and Jones referred to themselves as “the Royal couple” and promised a reception that featured a “red carpet cocktail hour” on Saturday, followed by brunch on Sunday.

But when Wilson showed up Saturday morning to set up, he shocked the homeowner, who claims he never gave them permission to hold their nuptials there.

“I have people trespassing on my property,” Nathan Finkel told a 911 dispatcher, the local Florida paper reported.

“And they keep harassing me, calling me. They say they’re having a wedding here, and it’s God’s message. I don’t know what’s going on. All I want is (for) it to stop. And they’re sitting at my property right at the front gate right now.”

When officers arrived, they instructed Wilson to leave, and he complied, the Sentinel et reported.

The obviously perturbed Finkel declined further comment, “I don’t want to talk about it,” Wilson told the paper of the episode.

Finkel, whose late father was an early IHOP restaurant franchisee, has been trying to sell the palatial estate for just over $5 million. Keith Poliakoff, attorney for the Southwest Ranches suburb, said that Wilson previously toured the estate while posing as a potential buyer.

“The guy figured it was a vacant house and didn’t realize Nathan lived on the property in a different home,” Poliakoff said. “This guy had no idea he lived there. You know the shock that must have been on his face when he showed up at the gate, and the owner was home?”

Broward County records show a marriage license was issued to the couple last week, but as of the date of the incident, they had not yet registered as married. Since Wilson, Jones, and their guests left without incident when the police asked them to, no charges were filed.

5 thoughts on “Florida Couple Invades Private Mansion For Their Wedding”