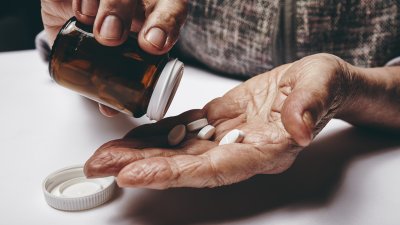 To begin with, the nerves that run throughout our bodies were not just designed to control every other body part including muscle actions, organ functioning, glandular functions and more. Everything in our body is controlled through signals sent by the brain through nerves.

Nerves serve another very important function – pain. Pain serves to first alert the body of an injury but also to warn the body about causing more injury. For example, when a person twists an ankle, the nerves tell the person that the ankle is injured and that the person needs to stay off the ankle to avoid further injury. When someone pulls or tears a muscle, the pain not only tells of the injury but also tells the person to avoid using that muscle and causing greater damage. Pain is a warning to stop before further damage.

The vast majority of people do not like pain and will take many steps to avoid further pain. For many centuries, some American Indians have used willow bark, containing the same ingredients as aspirin. Going back several millennia, people discovered the pain killing properties of certain poppies, like the opium poppy while natives in South America used other natural means to help combat pain.

While pain is not enjoyable for most, not that long ago, many learned how to live with and deal with pain as part of their lives. In today’s world, millions of people have gotten to the point of not being able to tolerate the slightest pain. They get a headache, they reach for a pain reliever. They pull a muscle, they get the doctor to prescribe a narcotic pain reliever and so on. This is one reason America is in the grips of an opioid epidemic.

Since some of the most effective pain medications are highly addictive, researchers are always trying to develop new pain relievers in hopes that they will not be addictive or not as addictive as so many are.

Is taking pain medication a good thing? It does make life more bearable but it also comes at a cost, as reported by a new report:

The U.S. Food and Drug Administration has issued a troubling new warning about popular nerve pain medications – saying the drugs could cause severe breathing problems and even death.

The FDA released the warning on Thursday for the medications gabapentin and pregabalin.

The drugs are used to treat pain caused by several conditions including seizures, nerve pain after surgery, shingles, and diabetes.

They are also used to help patients diagnosed with fibromyalgia and restless legs syndrome.

Federal health officials are warning that when these medications are combined with opioids or other drugs they could trigger a potentially fatal loss of lung function.

“Our evaluation shows that the use of these medicines, often referred to as gabapentinoids, has been growing for prescribed medical use, as well as misuse and abuse,” FDA officials said in their release.

“Gabapentinoids are often being combined with CNS depressants (opioids), which increases the risk of respiratory depression.”

Virtually every prescribed medication today comes with a list of possible side effects, making me wonder why anyone would want to take many of them, including many pain killers.

Posted by: HLA Staff
View more posts
How to Snooze and Lose Your Vision
Are Your Antibiotics Killing You?