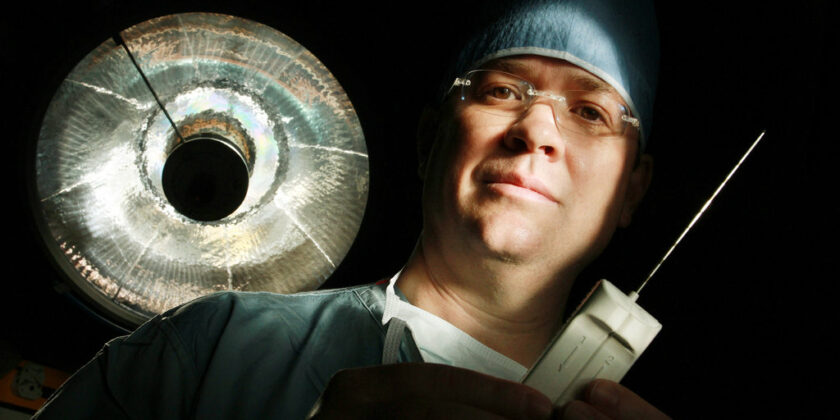 I’ve written many times about the importance and dangers of breast cancer and how devastating it is to so many women. A one time death sentence, breast cancer is becoming more survivable every year.

For years, breast cancer resulted in disfiguring surgeries to remove the breast(s). Not only was this surgery so difficult to undergo, but it was often followed up with harsh radiation and or chemotherapy treatments, that left the surgery survivors feeling sicker than they did with the cancer. The radiation and chemotherapy often lasted for weeks, making many wonder if it was really worth it.

With the wonderful world of genetics being opened up, researchers were able to identify genes that are responsible for a number of diseases, cancers and other health conditions. Among those was the identification of the BRCA genes that were found to highly increase the chances of developing breast cancer. Once this discovery was made, a test was developed for women to see if they were carriers of either of the 2 main BRCA genes. Positive results of this genetic test led many women to take preventative measures by have having their breasts removed before any cancer was detected. Perhaps, one on the most notable woman to have a double mastectomy after having a positive test for the BRCA genes and knowing a family history of breast cancer, was actress Angelina Jolie.

With more and more women opting for have their breasts removed before cancer shows up just due to a test for the BRCA genes should make one ask just how reliable those tests are?

According to one family, the tests are NOT as reliable as many believe, as reported:

A series of lab tests that detected a potentially dangerous gene in seven women from one family were wrong, the family learned earlier this year — after they underwent major surgeries to reduce their chances of cancer.

“I treated my test results like the Bible,” Katy Mathes, a 37-year-old Colorado elementary school teacher told The Wall Street Journal. “There was no questioning the report.”

The results showed she had up to an 84% risk of breast cancer by age 70; the risk for the general population is about 7.3% at that age.

Mathes, her younger sister, their mother and four relatives had surgery to remove their ovaries and fallopian tubes. Mathes and her sister also had double mastectomies.

But this year, they learned the test results they received in the 1990s from Myriad Genetics weren’t as bad as they originally thought, with the company reclassifying the genetic variant from “pathogenic” to having “unknown significance.”

Before taking such drastic action like invasive surgery to remove your breasts, ovaries or fallopian tubes, make sure of your test results. Don’t take one test that gives a possible risk as gospel. Seek more proof. Don’t end up like the women in the Mathes family who chose to have these surgeries, only to later find out the test results were not as accurate as first thought. After all, once you have your breasts, ovaries or fallopian tubes removed, you can never get them back again.

Posted by: HLA Staff
View more posts
Holiday Travelers Exposed to a Deadly Virus in Major Airports
Good News For Those Who Use Blood Thinners