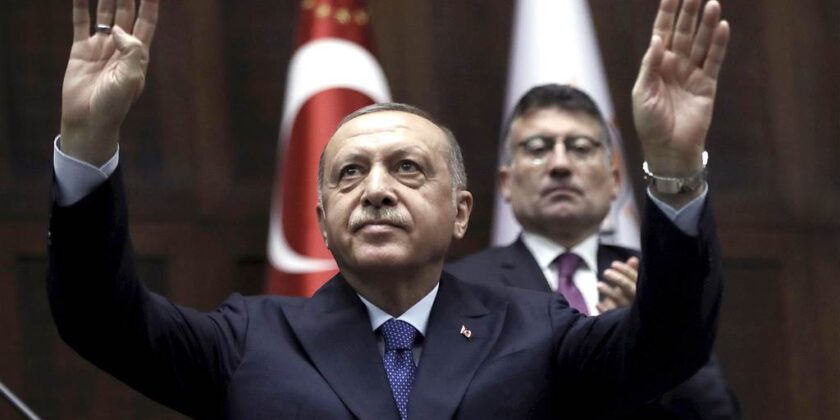 A little under a month ago, the Trump administration brokered a massive, historic deal between Israel and the United Arab Emirates.

In what was yet another building block toward an Israeli-Arab alliance, relations were normalized and they are even starting to serve Kosher foods in the UAE now. Commercial flights are happening, but most importantly, Israel is being recognized as the rightful owner of its own state and future.

As I wrote at the time, the deal exposed just how stupid and ineffectual our foreign policy “experts” are (see  Trump Shows How Stupid Our Foreign Policy Establishment Is After Brokering Historic Israeli-Arab Peace Deal).

The wins haven’t stopped, though. At the time, it was reported that other deals could be on the way. That is now a reality. Bahrain is signing a normalization of relations deal with Israel.

ANOTHER TRUMP PEACE DEAL: Bahrain will normalize ties with Israel, Bahrain Crown Prince will be in DC Monday. @realDonaldTrump is expected to make an offical announcement later Friday from the White House – Times Of Israel

This is another major step toward peace in the Middle East as the former anti-Israel alliances continue to crumble. The “experts” have always told us that such a move could not happen because it would inflame Iran and the Palestinians, yet those two groups have only been further marginalized in this process.

And that’s a very, very good thing. A Middle East that runs through Iran was always set up to fail, which made the Obama administration’s pursuit of such a goal that much more perplexing. To this day, I often ponder what the actual motivation was in that situation. I’ve got a few ideas batting around in my head and none of them are positive.

Regardless, it must drive the “experts” insane to know that Donald Trump and Jared Kushner (he deserves a lot of credit here) walked in and made them all look like the know-nothing contingent they are. Trump needs a second term if for no other reason than continuing to clean up the rot within the State Department.

The changes in the foreign policy status quo over the last four years have been supremely positive. This Bahrain deal is just another example.

Posted by: HLA Staff
View more posts
What Is Alcoholic Kombucha, and Is It Healthy?
How Do I Know I’m Not the Only Conscious Being in the Universe?

Meghan McCain Goes on an Anti-Abortion Rant on The View