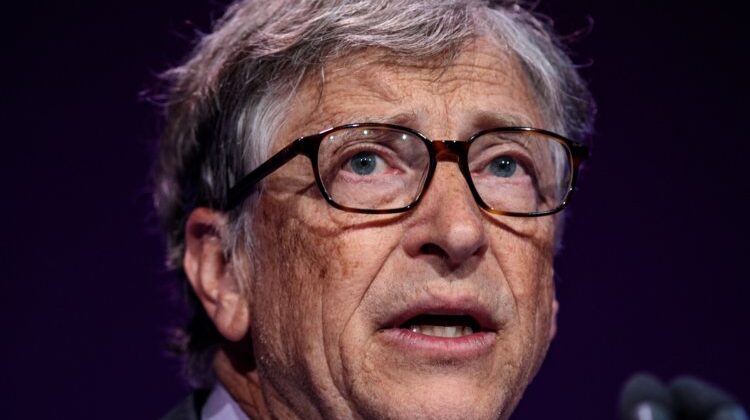 The novel coronavirus pandemic will define the modern era in the same way World War II shaped an earlier generation, Microsoft co-founder Bill Gates says in a 11-page memo outlining his ideas on how best to tackle the disease.

“This is like a world war, except in this case, we’re all on the same side,” he writes.

The Bill & Melinda Gates Foundation has committed $250 million to the battle and Gates has been speaking up regularly to influence its direction — something that has sometimes placed him at odds with President Donald Trump and made him a target of right-wing pundits and conspiracy theorists.

Gates’ memo barely mentions politics, focusing instead on the technological innovations necessary to bring the virus to heel. But he warns it will not be a fast or easy process.

“It is impossible to overstate the pain that people are feeling now and will continue to feel for years to come,” he says.

Gates says the social distancing measures enacted around the world saved millions of lives and have not been an overreaction. Even without government mandates and lockdowns, he points out, people would probably have changed their behavior anyway to avoid infection. And even as restrictions are eased, many people won’t immediately resume their old routines until they feel safe.

In the coming months, the drop-off in new infections will be precipitous in places where social distancing has slashed the rate of transmission, he says.

“A lot of people will be stunned that in many places we will go from hospitals being overloaded in April to having lots of empty beds in July,” Gates writes. “The whiplash will be confusing, but it is inevitable from the exponential nature of infection.”

But as restrictions loosen, infections will flare and begin to grow rapidly at many sites.

It will be impossible to return to normal or control the virus in the long term without advances in testing, contact tracing, treatments and vaccines, Gates says — echoing the view of public health officials and epidemiologists around the world.

The Gates Foundation is leveraging its funding and influence to accelerate research and development; many other organizations and companies are also in the hunt. Dozens of new tests are coming on the market, including a rapid diagnostic test that works like a home pregnancy test. Home testing is the best approach to detecting and controlling new infections, Gates says, whose foundation has been pursuing approval for self-swabs that would be analyzed at a central lab.

Amazon recently announced plans to build its own testing lab to screen employees, and Gates warns that other companies are likely to follow suit — which could drive up the cost of testing machines for government labs.

More than 100 potential treatments are being studied — but most of them won’t work, Gates says. He ranks the antiviral drug Remdesivir as one of the more promising prospects, along with plasma and antibodies from people who have recovered from COVID-19, the disease caused by the novel coronavirus.

The Gates Foundation is funding trials on hydroxychloroquine, the drug often touted by President Donald Trump, but Gates says it appears its benefits will be modest, at best.

Since a miracle drug isn’t likely, the only long-term solution is a vaccine. With greatly accelerated research, it could take as little as nine months — or as long as two years — to develop one, Gates says. Then it will have to be approved by governments and mass-produced so the world’s 7 billion people can each get one or two doses, depending on the vaccine type.

As most countries move into what Gates calls the “second phase of the epidemic” over the next two months, he foresees a “semi-normal” world.

“People can go out, but not as often, and not to crowded places,” he says. “Picture restaurants that only seat people at every other table and airplanes where every middle seat is empty.” Schools will reopen, but not stadiums.

One model is the approach taken by Microsoft China, which has about 6,200 employees. About half are coming into the offices, where social distancing is in place, while others work at home. Masks are required, as is staying home when sick and travel is limited.

“The basic principal should be to allow activities that have a large benefit to the economy or human welfare, but pose a small risk of infection,” Gates writes. But the picture is complicated and sorting out the details will be difficult. For example, if some states lift restrictions quickly and experience a rebound, should other states restrict travel across their borders?

The economic impact so far has fallen disproportionately on lower-income people, while the disease itself is hitting hardest among racial minorities and poorer communities, Gates points out. But at the same time, he says, the level of cooperation has been impressive as the world confronts the first modern pandemic.

“No one who lives through Pandemic 1 will ever forget it.”

Posted by: HLA Staff
View more posts
Chipotle To Pay Record $25 Million Settlement Over Criminal Food Safety Violations
There Are Some Mistakes Science Can’t Save Us From

In a document known as the Great Barrington Declaration, signed earlier this month, scientists embrace…

As people age, the risk of developing diseases like heart disease, diabetes, and dementia rises.…