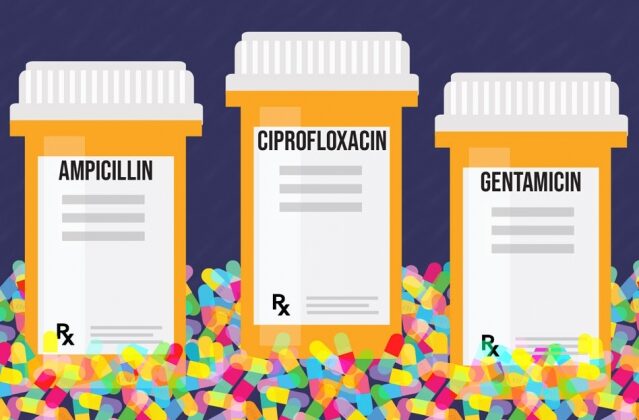 Over the past couple of decades, we’ve all heard many reports about the dangers of using too many anti-biotics. The warning is usually associated with the antibiotics becoming less effective due to the so-called evolution of what the antibiotics are designed to treat.

Anyway, that’s why people don’t want to eat meat from animals that have been treated with antibiotics. It’s also why some medical professionals recommend against using anti-bacterial soaps on a regular basis.

However, the FDA is issuing a different warning about the use of some antibiotics and the harm it may be causing, according to this report:

“Certain antibiotics can cause painful and sometimes fatal damage to the body’s main artery, the Food and Drug Administration said Thursday.”

“Fluoroquinolone antibiotics might raise the risk of an aortic dissection, and people who are already at risk should be cautious about taking those antibiotics, the FDA said.”

“‘A U.S. Food and Drug Administration (FDA) review found that fluoroquinolone antibiotics can increase the occurrence of rare but serious events of ruptures or tears in the main artery of the body, called the aorta. These tears, called aortic dissections, or ruptures of an aortic aneurysm can lead to dangerous bleeding or even death,’ the FDA said in a statement.”

“‘Fluoroquinolones should not be used in patients at increased risk unless there are no other treatment options available. People at increased risk include those with a history of blockages or aneurysms (abnormal bulges) of the aorta or other blood vessels, high blood pressure, certain genetic disorders that involve blood vessel changes, and the elderly’.”

In 2013, there was also warning about drugs that contain fluoroquinolones, such as this one:

“The FDA is strengthening its warning that a popular class of antibiotics, called fluoroquinolones, may cause sudden, serious, and potentially permanent nerve damage called peripheral neuropathy.”

“Fluoroquinolones are antibiotics that are commonly used to treat a variety of illnesses such as respiratory and urinary tract infections. These medicines include ciprofloxacin (Cipro), gemifloxacin (Factive), levofloxacin(Levaquin), moxifloxacin (Avelox), norfloxacin (Noroxin), and ofloxacin(Floxin).”

Bottom line – talk to your doctor about what you are taking. If you take an of these on a regular basis, say for recurring urinary tract infections, ask if there is a viable alternative that does NOT contain fluoroquinolones.