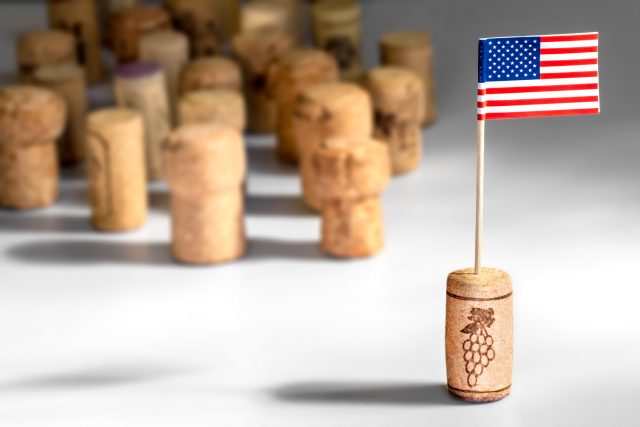 http://www.sru-lika-gospic.com/plemjanik/gigabet/5582 Millions of people enjoy a glass of wine with meals, at social events and more. I know people who say that they switched drinking beer to drinking to wine because wine isn’t as fattening. Wine drinkers range from connoisseurs to savor the aroma, body and can even name which grapes were used and when the wine was bottled. Then there are those who just enjoy the taste of the wine. Others have a glass of wine a day for their health as it has been reported that certain wines, especially hearty red wines like port wine, are good for the heart and blood.

content At one time, all of the finest wines were those bottled in other countries like France, Italy, Germany, Spain, Portugal and other European nations. However, for the most part, European wines come with a sizeable price tag.

french gay video Efforts were made to cultivate both native and imported grapes as far back as the early 1600s. over the centuries, many vineyards have been planted, grapes crushed, some blended and then bottled to produce American made wine.

click here for more Today, America as a nation produces around 800 million gallons of wine a year. In some areas of the US, the wine industry is a huge business, worth billions of dollars. According to one source, wine production in 2017 is listed in millions of gallons by state:

biltricide germany For many years, American made wine was considered to be inferior in quality and taste when compared to foreign wives, but that has changed with some American wines winning international awards.

If you walk into many liquor stores, you will a large variety of wines, some foreign and a number made here in the US and the prices vary from inexpensive to as much as some of the better foreign wines.

However, a recent study has shown that many American wines contain a number of additives or ingredients that make some refer to it as dirty wine. Check out this report:

“Nutritionist Kristen Coffield says, ‘wine is big business and wine has become a commodity and commercially made wines have a lot of additives.’ Additives that nutritionists like Kristen Coffield and allergists like Dr. Talal Nsouli say can cause serious reactions, ‘We are seeing more and more patients with some type of adverse affect to wine’.”

“Wine drinker Regina Chavis, ‘white wine tends to give me a headache.’ ‘it was pretty unsightly, a rash up my neck on my face over my eyes,’ says coffee shop owner Andrea Smith. These women are part of the nearly ten percent of wine drinkers who have wine intolerance.”

“Melissa Schutte told 7 On Your Side, ‘Within a couple minutes of taking my first sip of wine my face was on fire it felt really really hot. I went to the restroom and looked in the mirror and my face was beet red’.”

“Why do so many of us get this type or reaction? The answer lies inside the juice and what you don’t know that can hurt you.”

“Coffield says, ‘Grapes are on the environmental working groups’ dirty dozen list. That means that they are grown with more chemical pesticides, fertilizers and fungicides than any other produce’.”

“Federal law allows wineries to add up to 250 chemicals in the winemaking process: enzymes, sulfates, yeast , CAN BE added to enhance color or taste, or to kill bacteria. AND ACCORDING TO ONE UNIVERSITY OF WASHINGTON STUDY ARSENIC WAS FOUND IN ALL BUT ONE OF THE 65 WINES IT TESTED. A report just released in the American chemical society’s journal of agricultural and food chemistry reveals that materials used by some winemakers in the filtering process could be transferring heavy metals into their wine.”

“‘The wineover that people get’, says Coffield, ‘is mostly from the chemicals and the added sugar.’ Then there’s the milk, fish bladders, cow stomach byproducts used in the clarification process.”

“There are a lot of things you don’t have to tell the consumer you’re putting into the wine. And there are legal limits for them.”

“At the end of the day, you don’t even know what’s going into that bottle of wine.”