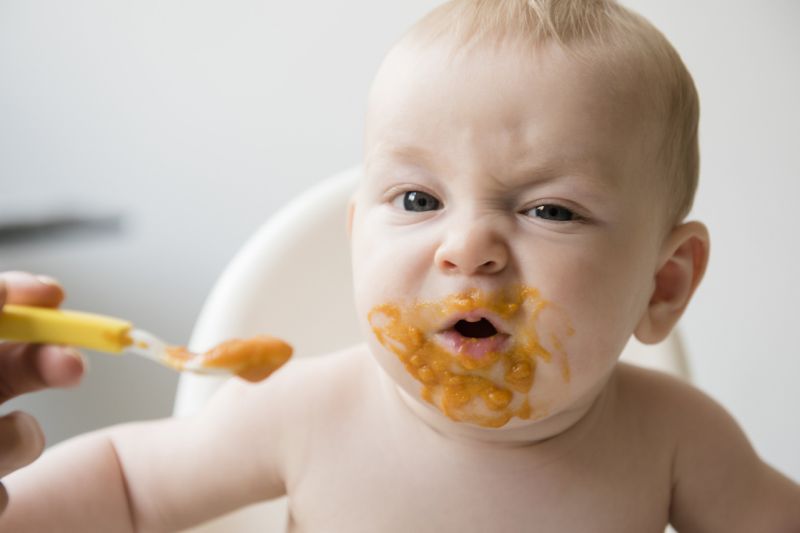 What can be better for your baby than feeding them commercially made baby food? Virtually every grocery store and many other types of stores in America have shelves filled with various brands of baby foods. Some of them come in jars, some in cans, some in boxes and some are even kept refrigerated. The baby food industry is so large and growing so fast that from 2015 when it generated $53.31 billion, to 2021 it is projected to generate about $76 billion (worldwide).

Ironically, the largest market for baby food in the country that tried to restrict the number of children a couple can have – China, which was estimated to have generated about $13 billion US in 2017 alone.

Here in America, the Food and Drug Administration (FDA) highly regulates the baby food industry to ensure that what goes into the mouths of millions of babies is safe.

A recent study casts doubt on the safety of baby food:

find out this here The study,  address conducted by Healthy Babies Bright Futures cost of ritonavir 100 mg , found baby cereal and rice-based snacks to be the worst offenders and echoed similar research conducted previously by the FDA and other consumer agencies…

In the study, researchers looked at 61 brands and found that 88 percent of foods tested lacked any federal standards or guidance on maximum safe levels of toxic heavy metals like arsenic and lead. Puff snacks and other rice-based foods like infant cereal were among the highest levels, with researchers claiming to find “no evidence to suggest that any brand has reduced heavy metals levels in rice to amounts comparable to those in other types of grains, despite at least 10 years of significant public attention to the issue that has included widespread consumer alerts and a proposed federal action level.”

In 2017, the FDA sought to reduce toxins in baby foods, following similar moves by public health advocates and other agencies. As a result, arsenic contamination levels in rice cereal and juice were greatly reduced, but the study’s researchers said more must be done to protect children from potential harm.

“Despite the gains, 19 out of every 20 baby foods tested had detectable levels of one or more heavy metals, according to new tests detailed in this study,” the authors said. “Only a dramatically accelerated pace at FDA and the fruition of the new Baby Food Council’s pursuit of industry-wide change will be enough to finally solve the problem.”

For a variety of reasons, many parents have resorted to either purchasing organic baby food or making their own. After reading the study results above, one would think that would be the best solution to avoid the heavy metal contamination, but is it?

Buying organic or choosing to make your own baby food will not prevent exposing your child to the harmful ingredients either, the researchers warned, as heavy metals are naturally occurring in soil and water and are found at elevated levels in fields polluted by pesticides, contaminated with fertilizers or other contaminants.

It seems the only way to avoid contamination is to grow your own produce and use it to make your own baby food. Even then, to be safe, you need to test the soil you use and any sprays or fertilizers you use while growing your produce. For many, that is not an option.

So what is the solution? That’s a good question being asked by those in the industry and a growing number of concerned parents.

Posted by: HLA Staff
View more posts
WARNING: Some Nonprofit Hospitals Intentionally Over Charge
How Taking Vitamins Could Be Damaging Your Bones

How to Maintain your Mental Health During the Coronavirus Outbreak